My horriblest border entry? It was in North America - but it wasn't the USA... 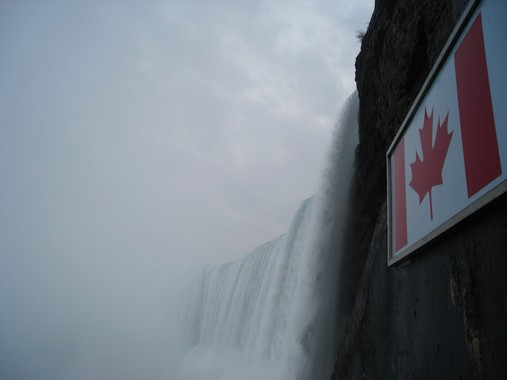 After seeing this disturbing article (about a Dutch traveller being refused entry into the USA), I scrolled through the readers' comments, and discovered that, on the whole, American border officials are a humour-less nightmare compared to their 'polite and friendly' Canadian counterparts. It reminded me of my short-and-not-entirely-sweet trip to Canada a few years ago.......

The man's abruptness is startling. It's as if I've banged on his front door at 3am and woken him from an alcohol-induced slumber.

All I'm trying to do is get into his country.

But the brawny Torontonian customs and immigration officer seems to have taken an immediate dislike to me.

"What's your business here?" he barks.

"Oh, I'm here for a quick holiday. I've just flown in from Las Vegas and wanted to pop in and see the CN Tower and Niagara Falls."

He glares at me then demands my passport and entry form. I place them on the left side of his desk.

"Wrong side. Put them there."

"Sorry." I move the documents 30 centimetres across - to the right side. He picks them up, looks at them, stamps something, then tells me to go down that corridor.

I'm greeted by another official who doesn't bother with 'hellos'.

"What have you come to Canada for?" he snaps, hostility oozing from his big, stern face.

"I'm on a round-the-world trip and I'm flying from New York to London in five days' time, so I wanted to see a few things in Canada beforehand."

He isn't impressed and spends the next 30 minutes interrogating me on my plans for Canada, my travelling history, my accommodation details, my finances (he makes me empty my wallet) and whether I know anyone in Toronto.

"Not really, but I did meet a girl in San Francisco whose boyfriend lives here. He's offered to show me around, but I'm not that bothered really."

"But you've contacted him?"

"Well, I suppose so," I admit, concerned that he's intimating I'm part of a menage a trois.

Oh dear. What's going to happen? Are they going to fly me off to Guantanamo Bay (even though that's part of the USA)? My heart is beating alarmingly; my hands are shaking.

I delve into my bag, find the ticket from New York to London and cautiously make my way back to the counter.

"Excuse me. Does this help?"

He snatches the ticket and scans it - back to front - as if to make sure I hadn't suddenly typed it out myself.

"Yes," he snaps, taking my passport and stamping it, before looking over my shoulder at the next person in the queue.

The relief is tangible. It was hardly the ideal start to my Canadian adventure but, by the time I was on a bus leaving Toronto 36 hours later, bound for New York - via a surprisingly incident-free border crossing - I had been up (what was, at the time) the world's largest building, the CN Tower, and had witnessed the beautiful ferocity of Niagara Falls.

So as far as I was concerned, that unpleasant - and mildly inconvenient - brush with officialdom was worth it. Just.